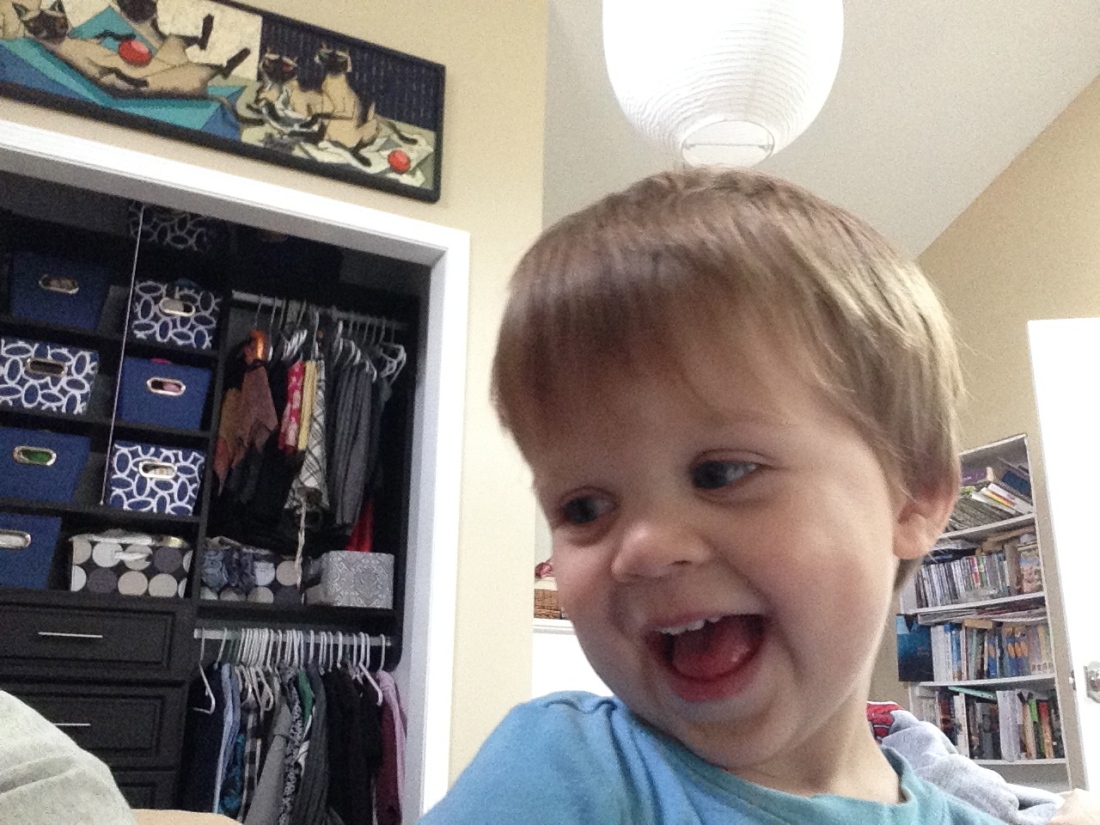 Every night, my son and I sneak out of the nursery and head downstairs. He asks for either a peanut butter graham sandwich or a regular peanut butter sandwich.

We sit quietly in the kitchen together, he in his jammies, and listen to the sound of his muffled crunching.

He always asks for a paper towel to wipe his mouth and hands (PB is sticky, you know) before he takes his last few bites. Sometimes he wants a second, and sometimes he doesn’t. Sometimes he just wants a few spoonfuls of peanut butter.

After that, he puts his little arms in the air, and we head back upstairs to get a nice cool drink from his water sippy. Then he goes to sleep with the help of some cuddles.

That’s our nightly ritual, and I’ve found I really look forward to it. He is starting to speak a lot more (and more clearly) but when we have our nightly kitchen raid, neither of us speak hardly at all – we get by on nods or raised eyebrows, pointing and smiles. He asks for the things he wants efficiently and almost silently, and I find myself responding in kind.

I wonder a lot what he thinks about when he sits quietly and munches on his late night treat. Occasionally he takes the grahams apart, rotates the pieces, then sticks them back together. Other times, he peels apart the bread (I give him one slice, folded) and inspects the peanut butter. Sometimes he swirls it around a little, puts it back together, and continues on. Most of the time, he just quietly eats, sending me little pursed-lip smiles from time to time. I’d like to think he enjoys our ritual, too, but he’s probably just hungry.