They say that three kids is the most stressful amount. After three kids, you can have practically any amount (…that you can afford), and it’s not more stressful. Probably this doesn’t include quad parents, but for the most part it feels true for us. He’s unbelievably stressful.

Grant is the happiest, go-luckiest kid. He’s been a big smiler and laugher since he first figured out how to do those things. He wants to draw you into the fun, too. He gets out of a lot of trouble by having the right attitude.

Until he doesn’t. He’s the busiest of all the kids. He can be unreasonable and demanding. He acts like an only child (and he also acts like a cat, meowing a lot and sitting in boxes). As you can tell, it’s hard to describe Grant without describing both sides of him in the same breath. He’s amazing, and amazingly frustrating.

Grant gets portrayed a lot on this blog, on Twitter, and on Instagrant as a joyful, huggy little fart. And that’s mostly true! But he also makes me want to tear my hair out (which is going white thanks to him), and bang my head into a wall. Then he hugs me and says “hey mama, I luff you, mama.”

He’s more complex than any one descriptor, and he’s strong-willed, and he can certainly be defiant. He’s got more energy than the other four of us combined. He’s not hard because of any specific behavioral problem; he’s hard because he lives with intense gusto and needs to share with one of his parents all the time. Of course this is wonderful, but it’s also like taking care of a third entire human who thinks you are his twin. I’m tired a lot.

I thought I’d share a photo of the other side of Grant, taken at the park today. He got mad at me for taking pictures of him on the swing. He was shouting “no cheese mama! No cheese!” Which is how he says he doesn’t want me taking photos. I don’t always listen, because I too have a strong will. So he decided to escalate to trying to kick me. 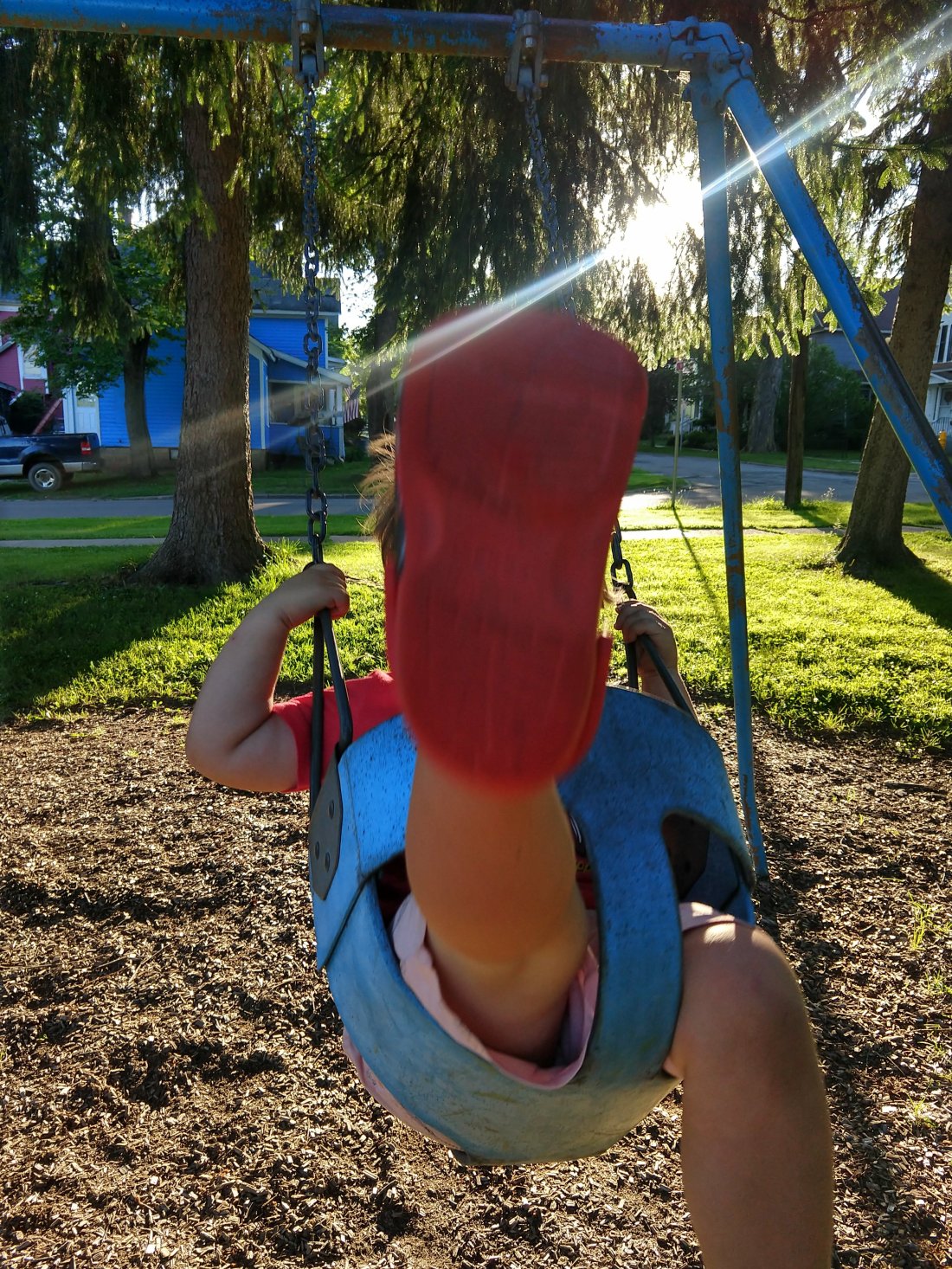 After swinging he got down and gave me a hug. And that was that.