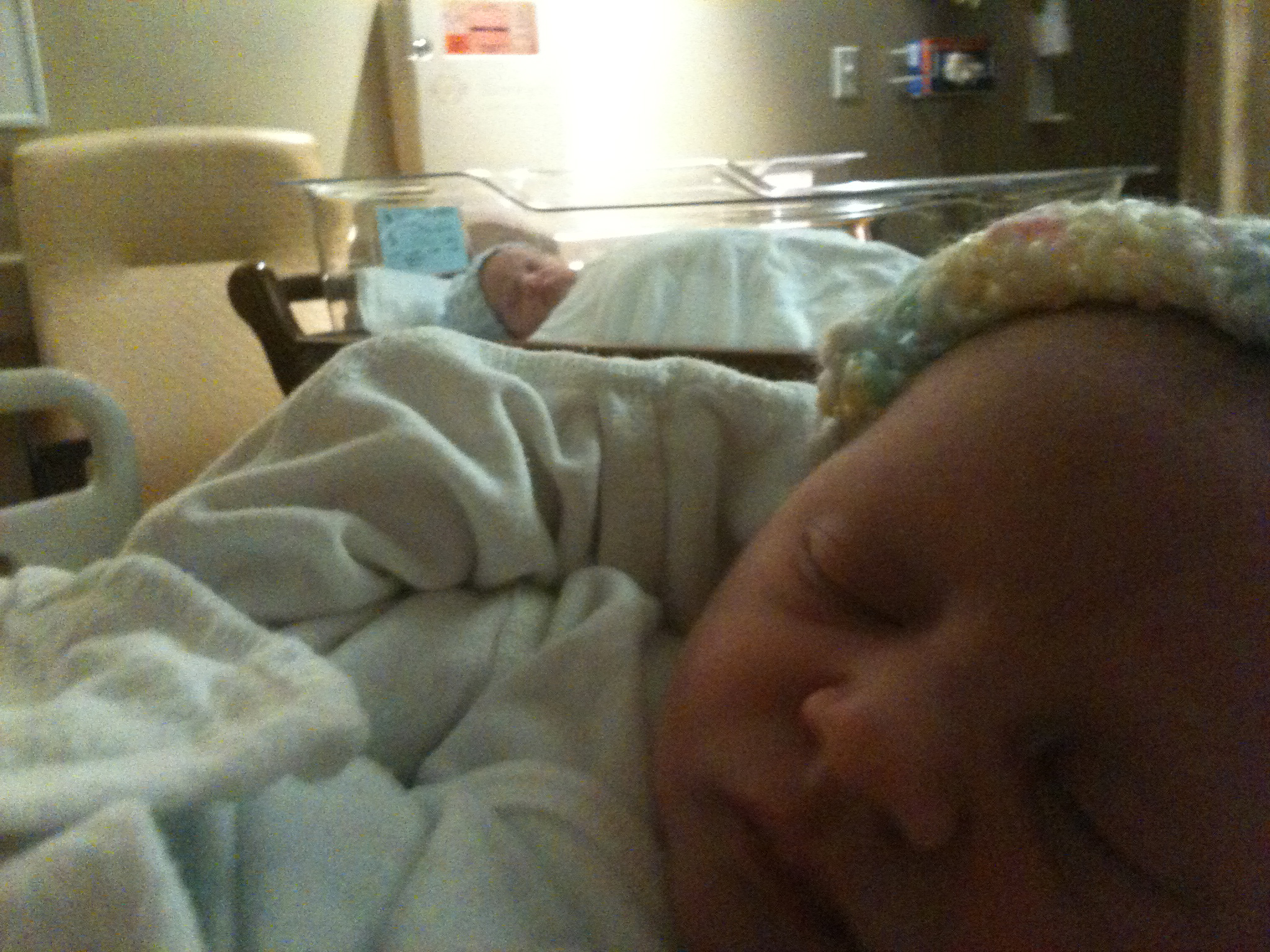 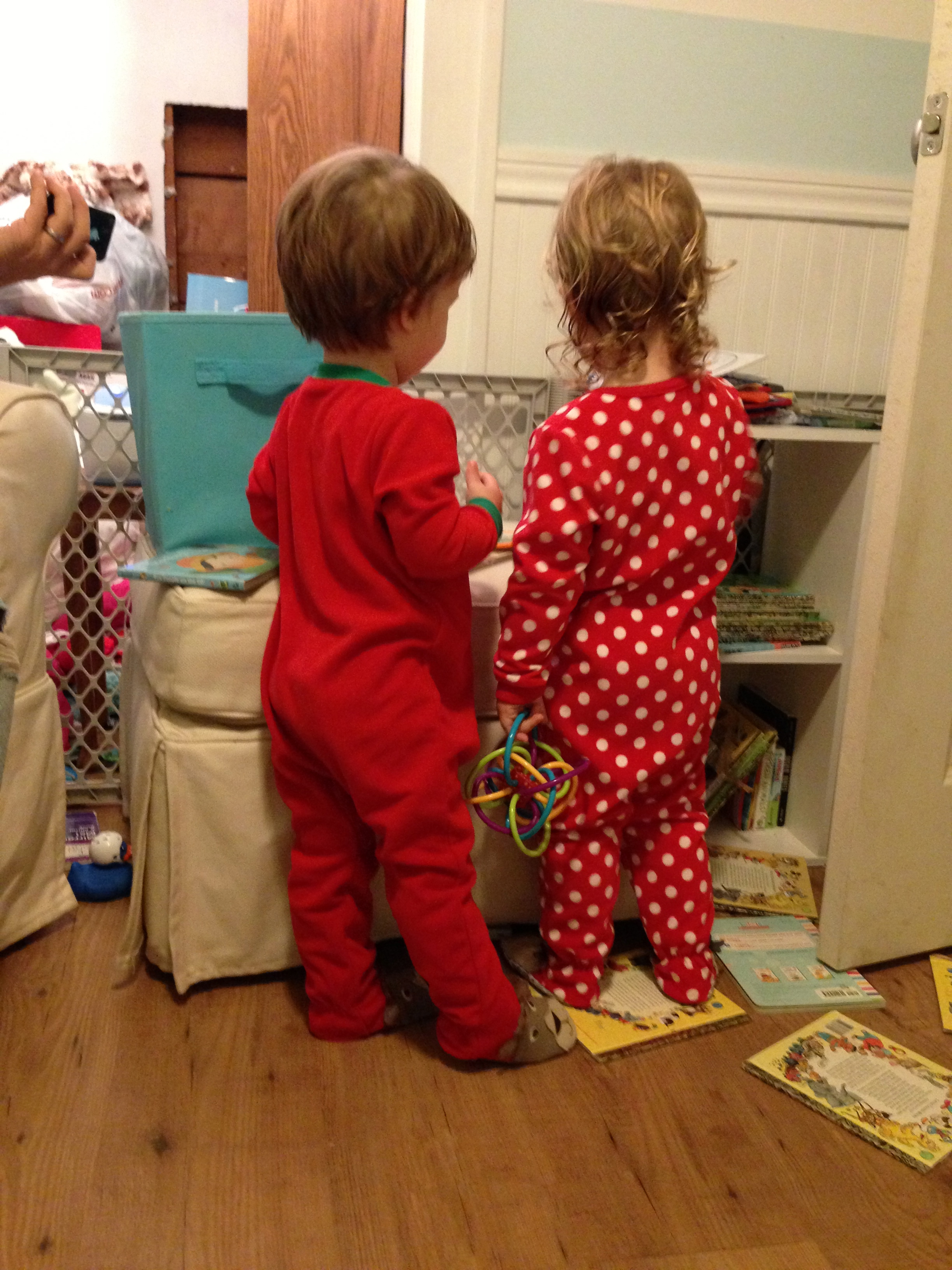 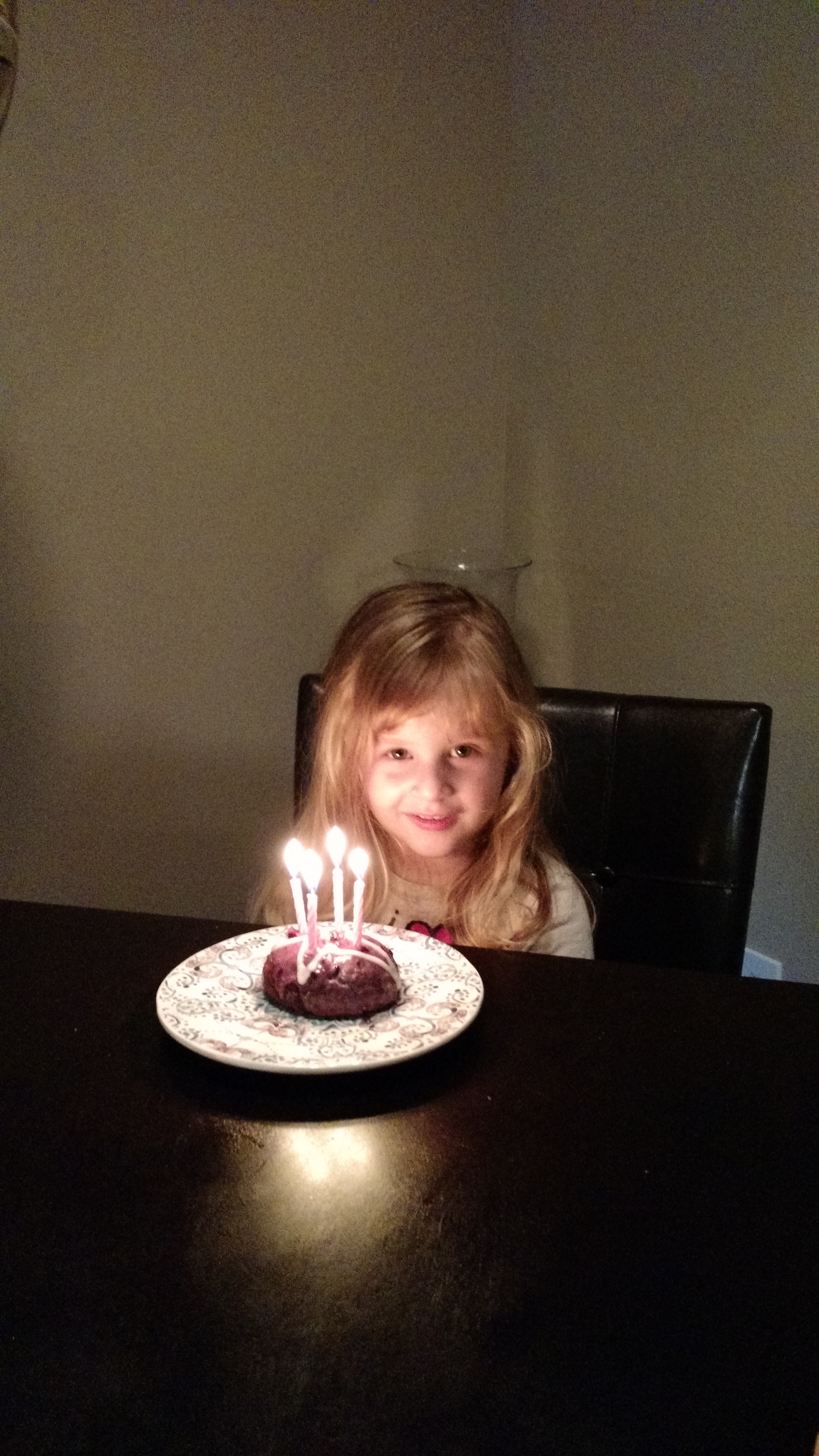 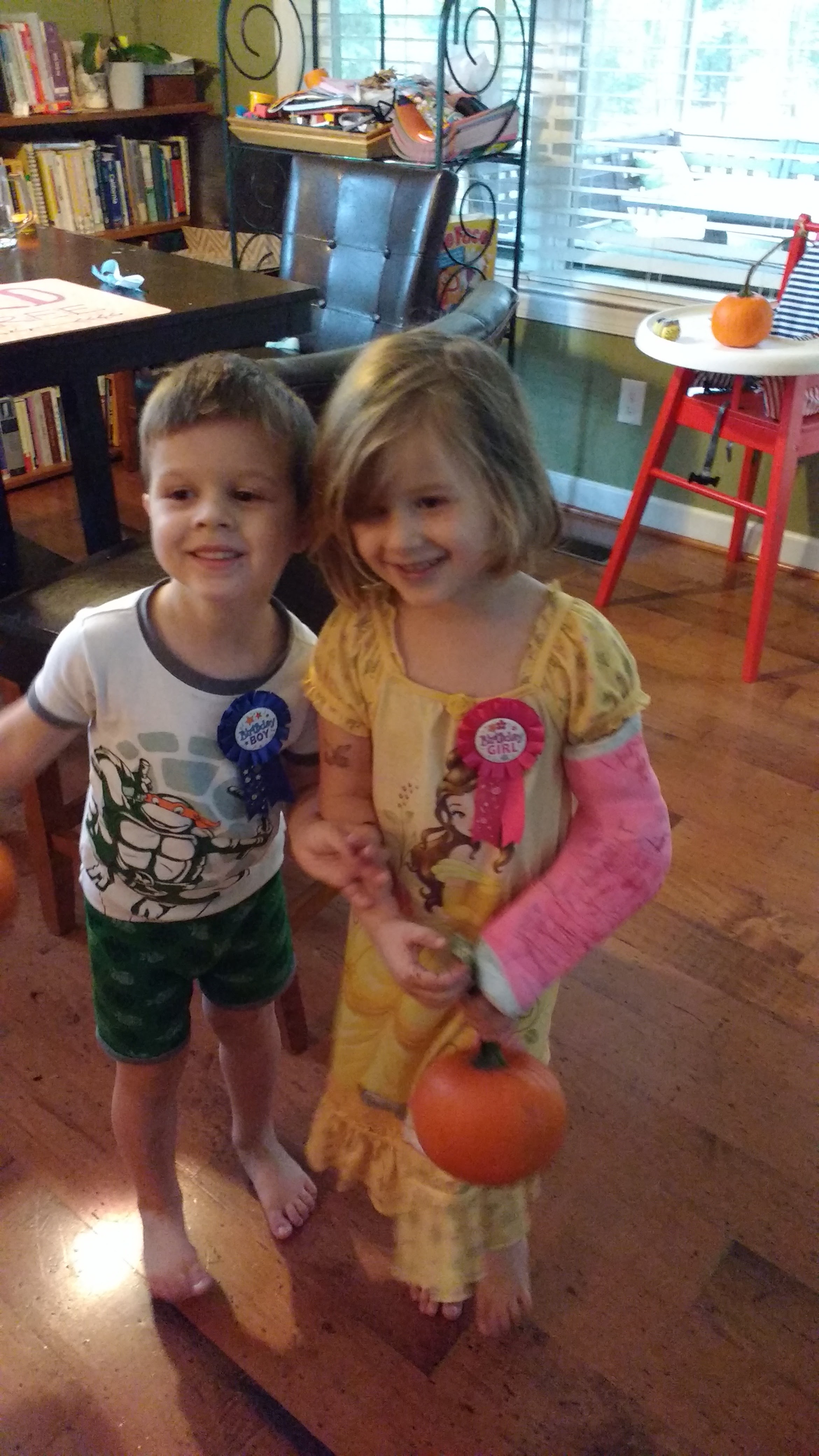 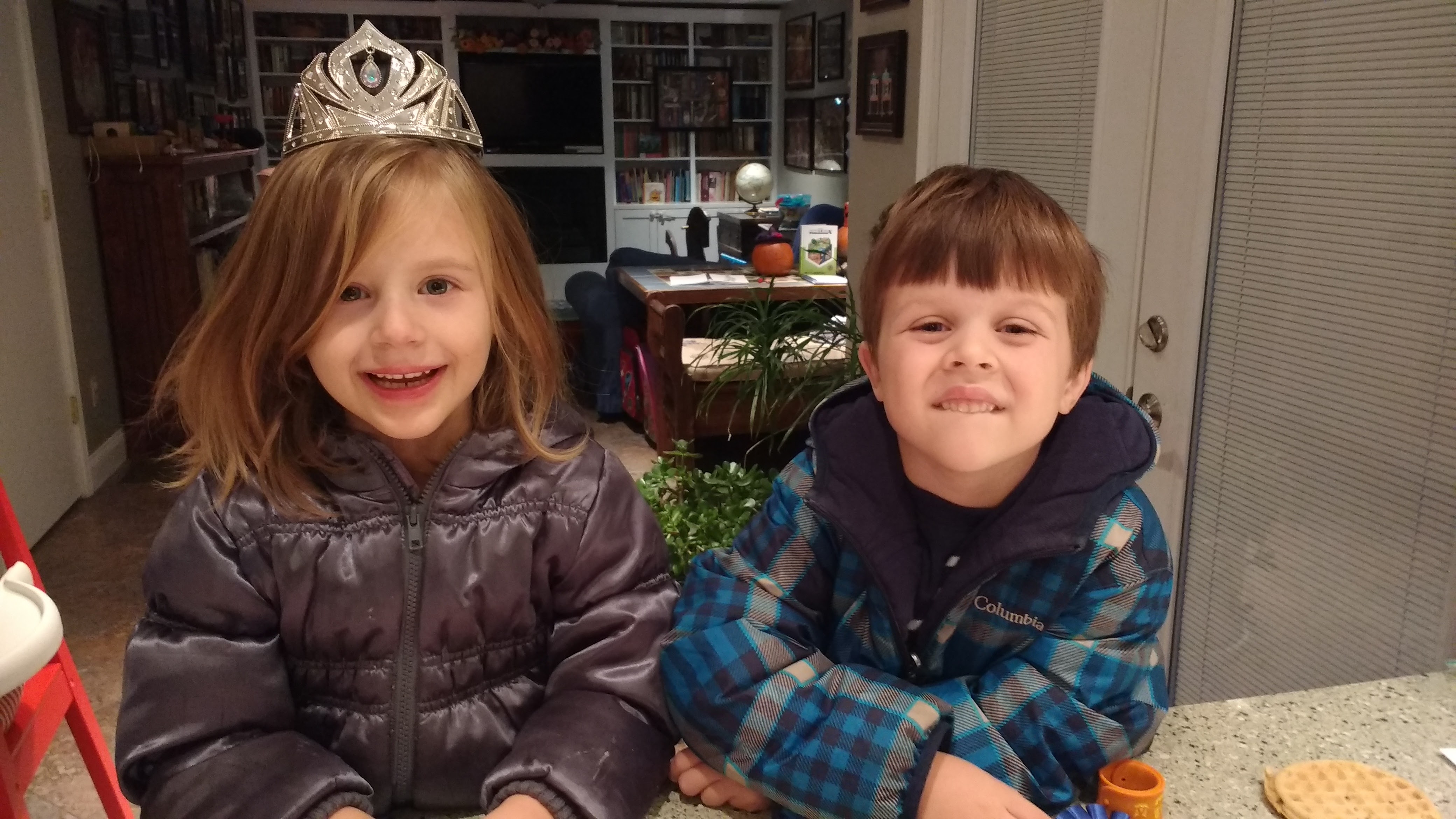 Seven! When I was pregnant with Henry and Eleanor, someone told me that in his culture, it was very lucky to have twins, and to have boy/girl twins was the luckiest of all. Seven is supposed to be a lucky number, auspicious in several cultures; it is also a prime number. The past year with these two has been amazing and wonderful — they’ve grown up a lot, but still take wonder in everything. They’re a fun and (dare I say) easy age. They work hard, and they screw up sometimes, but they try. They care deeply for each other and those around them. One example: while trick-or-treating last night, a little girl dropped her candy bag and lost a bunch of candy. It was dark and the kids were up a hill, and all the grownups were waiting down in the driveway. The little girl lost it. She started crying and screaming – she was really in a panic. Ele helped her pick up a little, and donated two of her own pieces of candy to the little girl’s bucket. She came down and told us what she had done, and skipped off to the next house. I’m very proud of both of these two, and I feel that they are lucky. They’re lucky to have each other, and they’re our lucky charms, because our life has been both incredibly hectic and at another level ever since they showed up on the scene all those years ago in 2011. The day they were born, those 15 minutes where a quiet Henry was joined by a squalling Eleanor, our entire world changed. We went from a family of two to a family of four in one fell swoop. Well, not fell — it was a marvelous change, not a savage one… although, in a way it was savage. Irrevocable, full of pain and fury, screaming, crushing, sudden. But it was all those things and also golden and mild, tender, loving, bewildering. A day of awe. And each day there have been moments of each ever since.