Yesterday, I flew to Montreal, where I’m spending the week with my team for work. But I didn’t need to leave until after lunch, so I spent the morning soaking up the kids. We got up at 6:15 (thanks, Grant), and by 8:45 were playing in the adventure center at the Y. At 10:30, we left to have lunch at Sprague’s. We had a big spread and then headed outside to play on the playground there and to admire the quail. Grant seemed vaguely disturbed by the birds, and I like to think it’s because they resemble small, animated basketballs. We hiked the little loop at the maple farm, which peaks at the sugar shack on top of the hill. 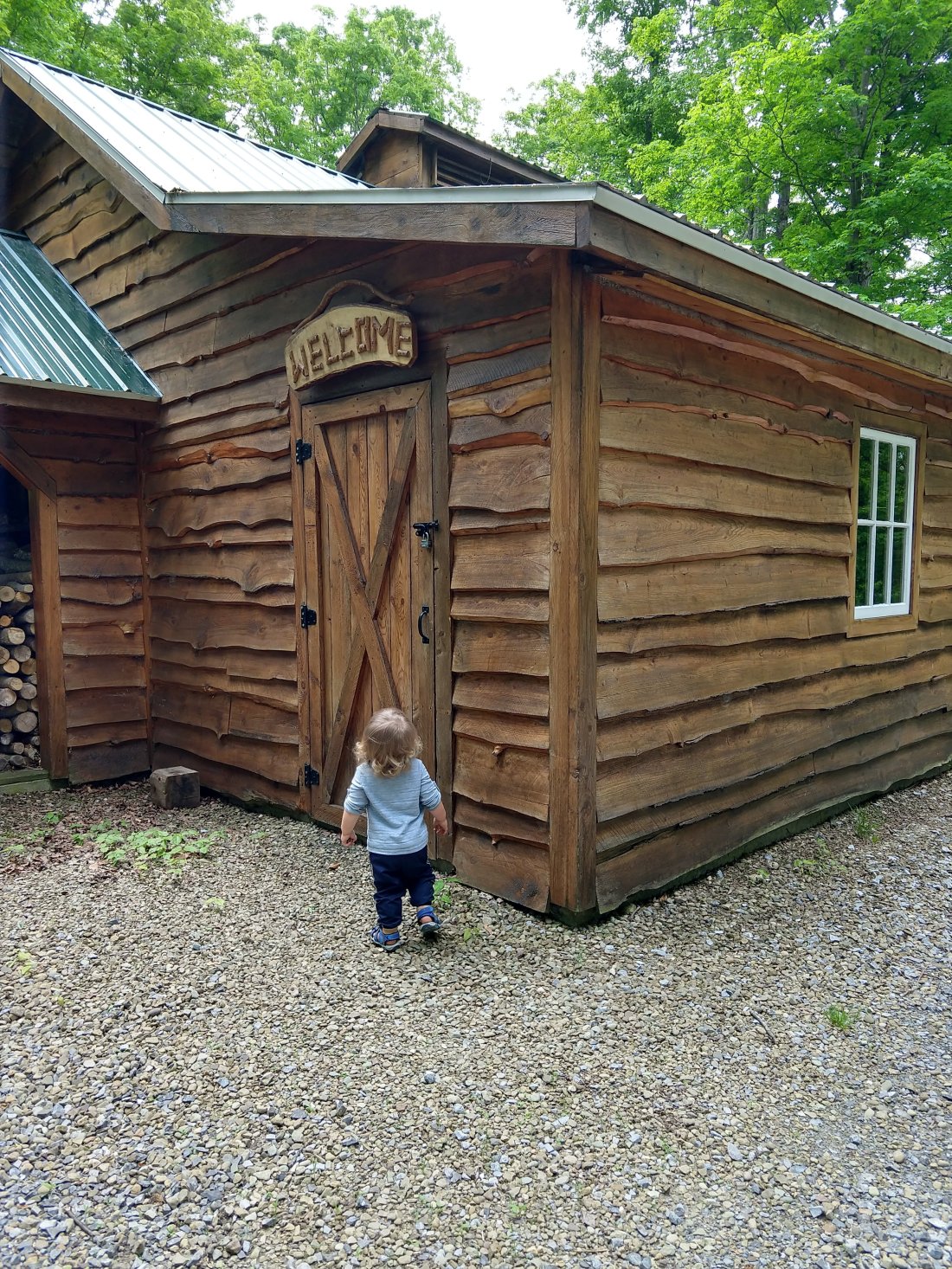 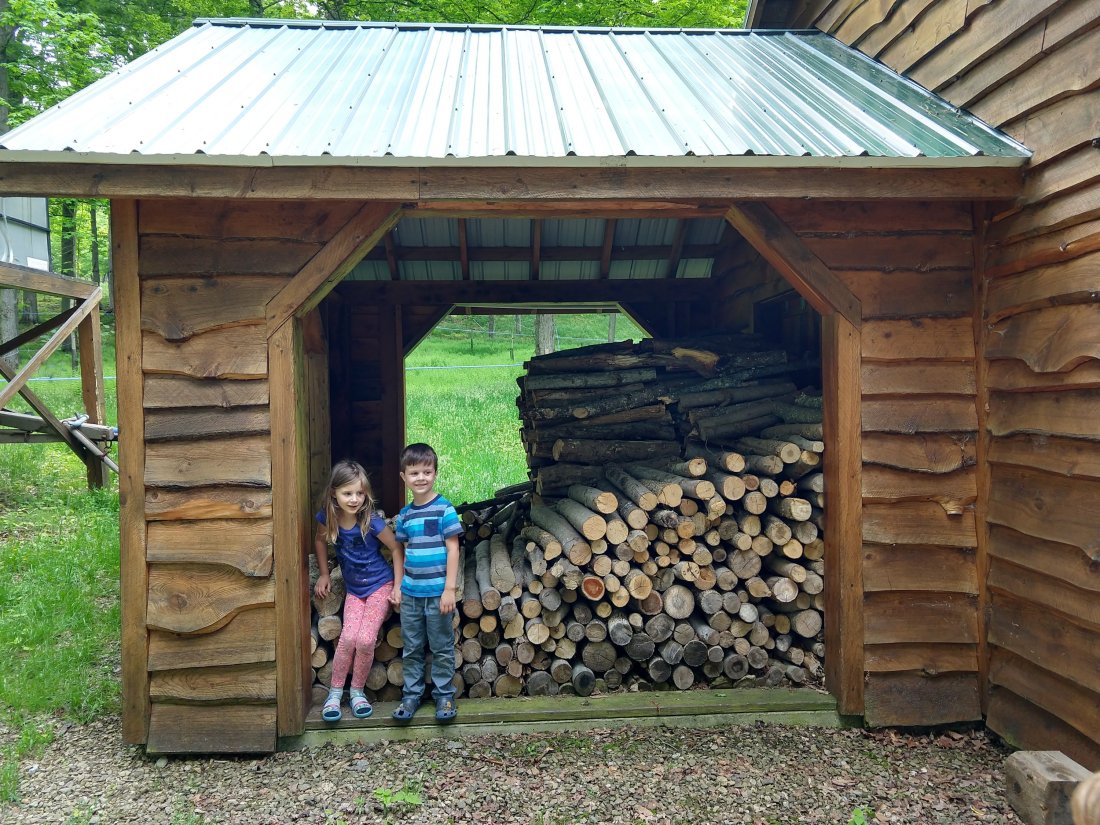 After the shack, we headed down the other side, and visited the teepee, playing a game where the kids were bears living in the teepee. 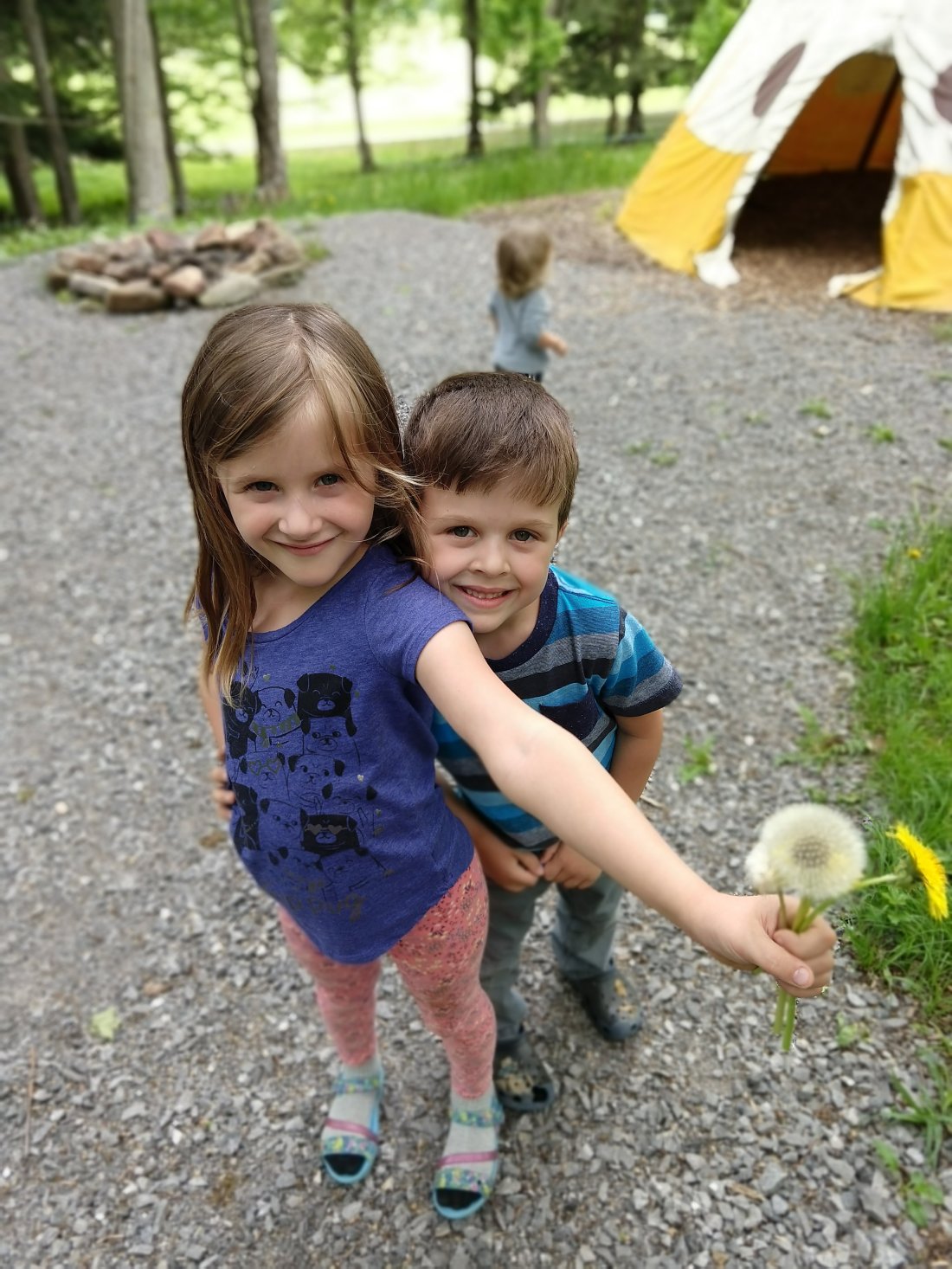 I’m really proud of Grant because he chugged himself up to the top under his own power. He didn’t even want to hold hands! He sees what Henry and Eleanor do, and he does that. At one point Ele sat down to get a rock out of her sandal, so he plumped down too. 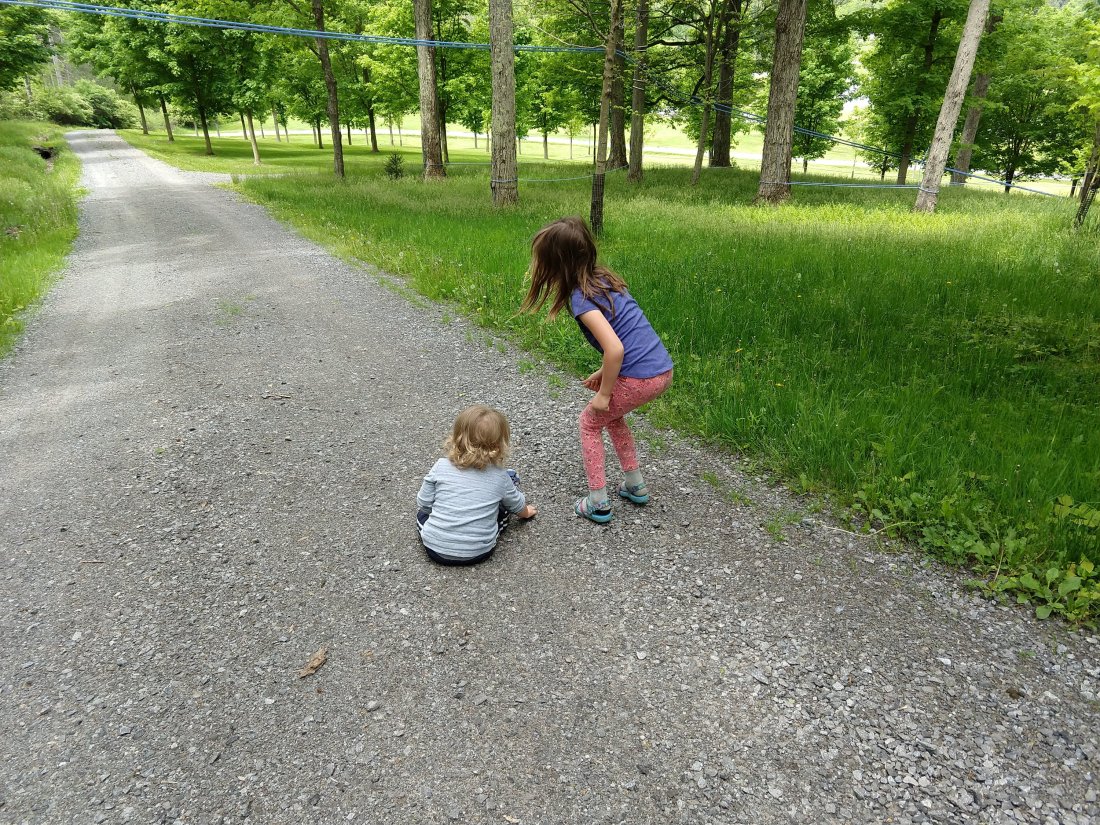 But, when she levered up to keep going to the sugar shack, he puffed up to his feet as well and hurried after her and Henry. 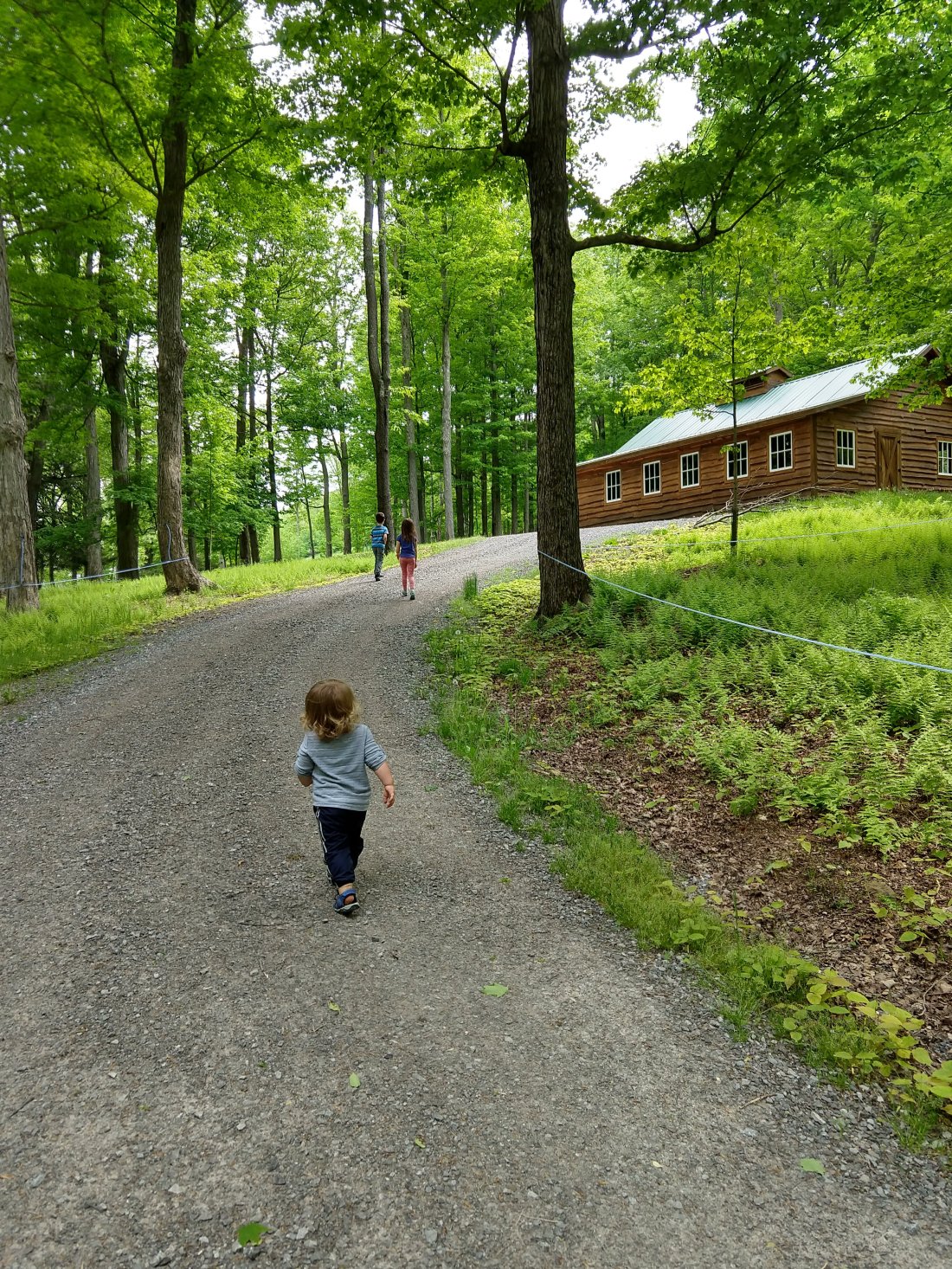 After lunch and play and hike, I stopped by home to pick up the last little things they would need to stay the night with Grandma and Grandpa (since both Bob and I would be out of town that night), and took them to my parents’.

On arriving, I put Grant down for his nap, since he was about 30 min overdue and had had a very busy morning, and he took to it gangbusters. The twins had some fruit and then went out to play. I chatted with my parents and then began the long drive to Buffalo. It was hot so I didn’t get coffee before leaving, but did have to stop on the way because I was falling asleep at the wheel.

At the airport, I helped a solo mama get through security (unfolding her stroller, getting her bins, that sort of thing), and then sat and read, while eating a pizza, for an hour. It was glorious. The flight to Detroit was unremarkable, as was the one to Montreal. Customs in Canada took maybe 6 minutes, but we arrived at the end of the night. I waited an hour for the very last person to arrive (that night, more are coming today), and we split the cab to the hotel.

I’m looking forward to a busy and productive week, and I’m very glad that I got to spend some time at a sugar shack with my babies before leaving.