I feel so much better. On Saturday morning, we went on an easy hike along the Eno, and I think the fresh air, movement, and — most importantly — the vigorous sweating, helped to equalize all the pressure and get rid of excess fluid.

Here are a selection of photos from the hike: 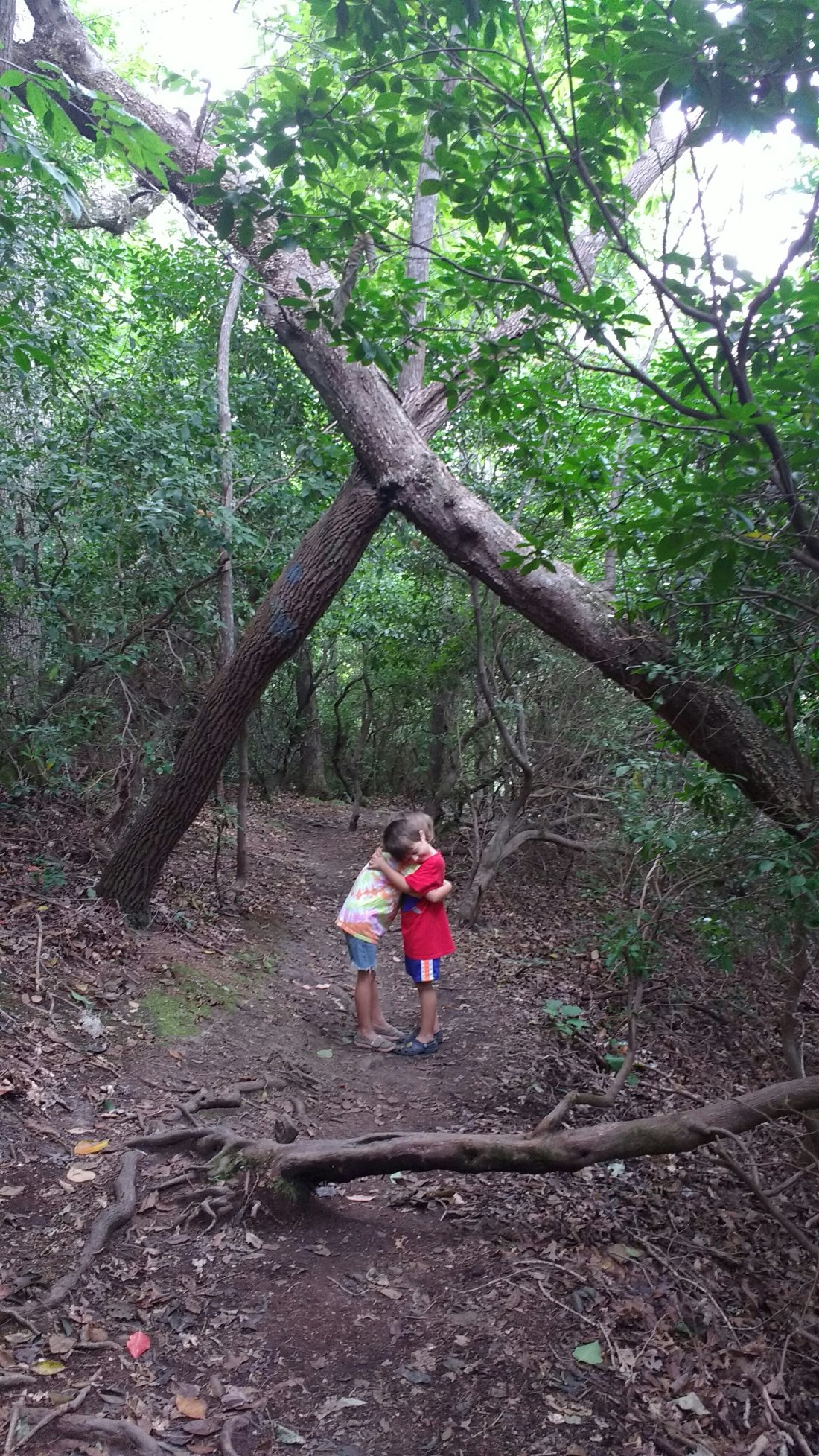 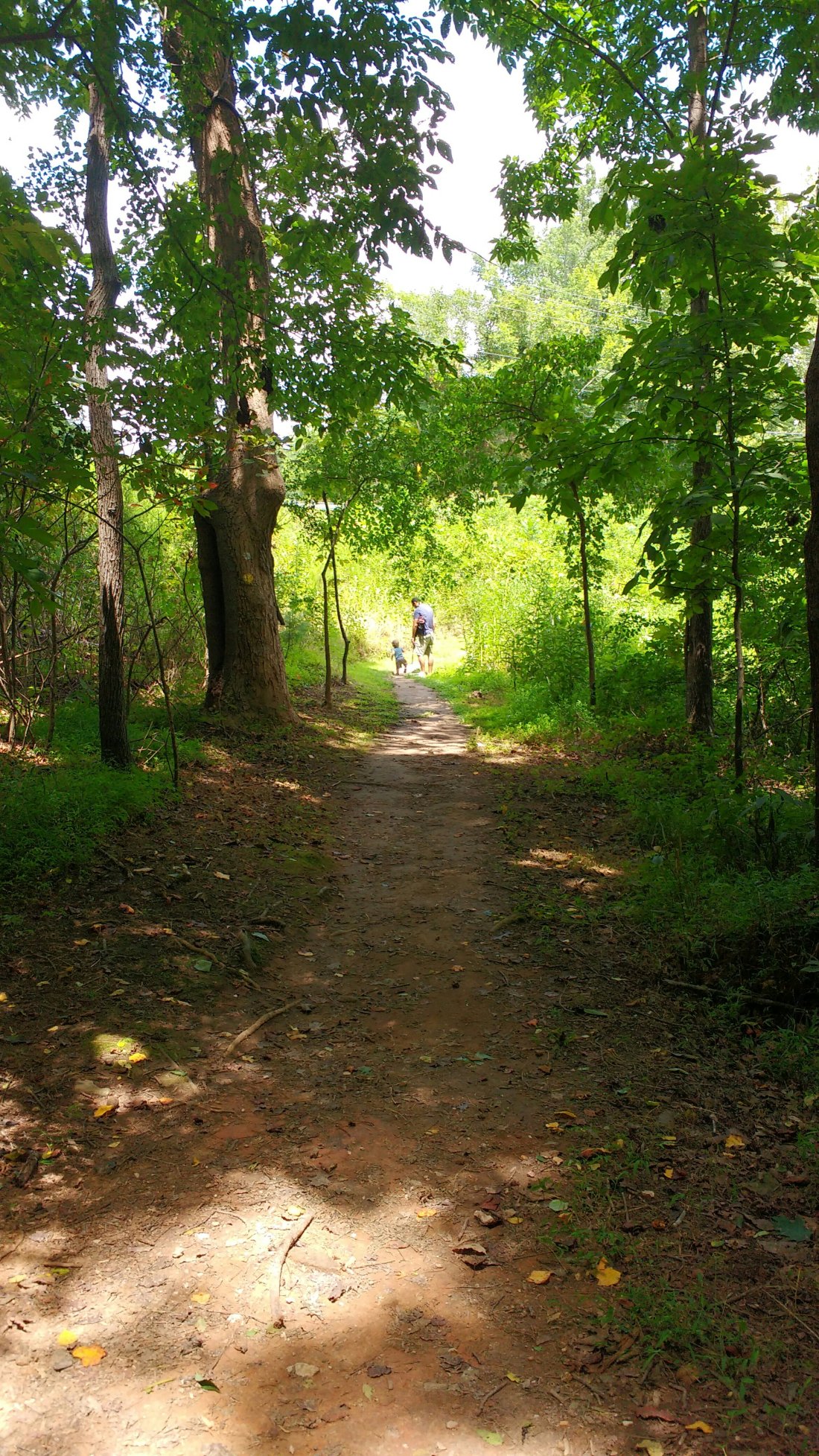 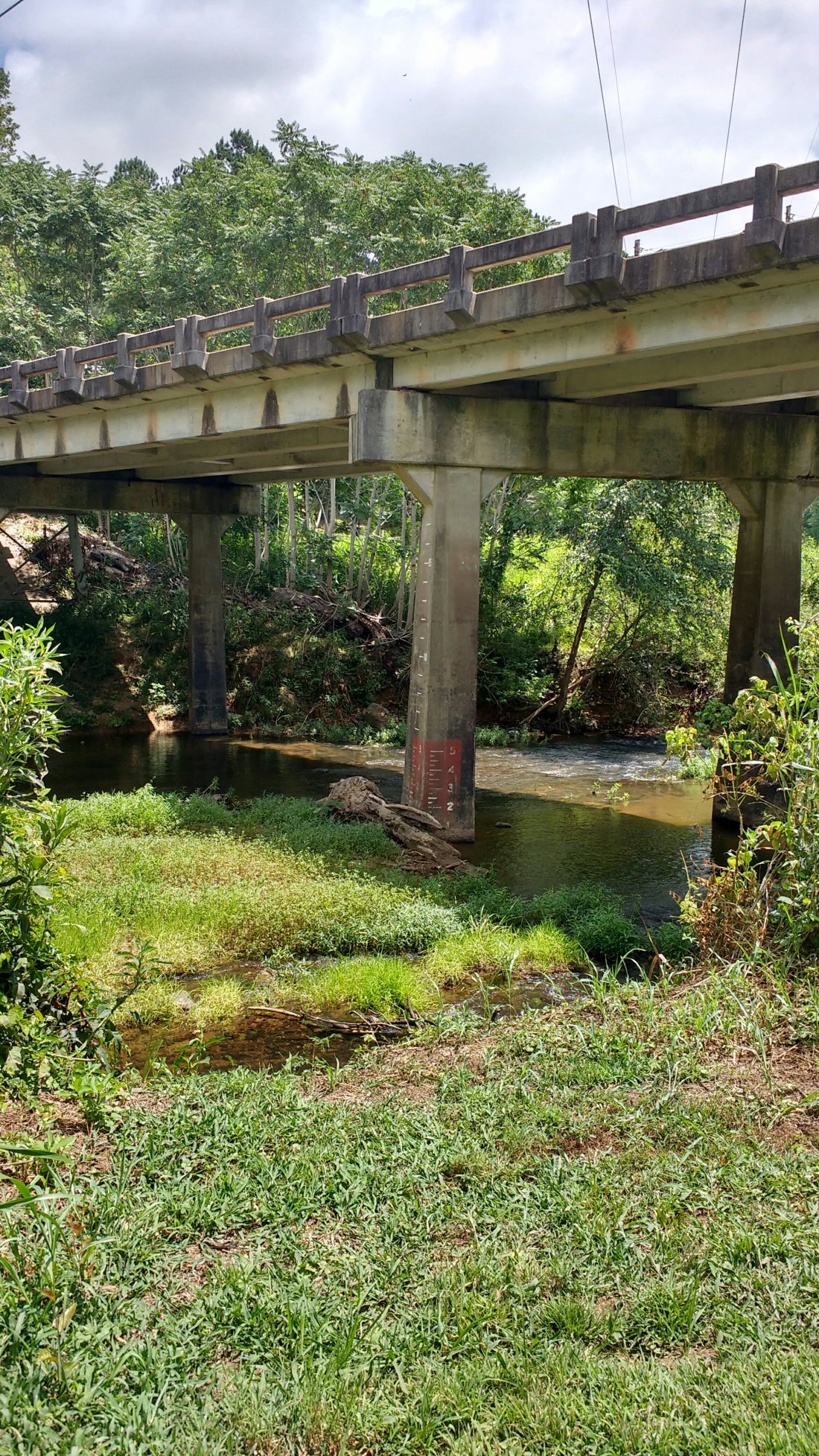 In the afternoon we went to a birthday party for our little friend, Ella, and being around other parents and kids helped a lot. When I didn’t feel well, I just wanted to hide in the dark. Here are some photos from that:

I have been thinking about the cyst rupture, and been worried about the possibility of a second rupture, and I think I’ve put everything where it needs to go. Of course, going back to the midwives in a month for an ultrasound — to shine a flashlight around the dusty old warehouse — will help a lot, but in the meantime, I don’t want to worry about this everyday. So what I think is that Hormone Storm 2017 came about from the convergence of weaning Grant and my periods returning (one didn’t cause the other, I started having periods again before I started weaning). But I think both those things happening around the same time caused a progesterone surge — evidenced by the rash blooms surfacing across the ocean of my belly, a typical sign of autoimmune progesterone disease. My hair curled. The next cycle, a cyst formed (which is normal) but instead of reabsorbing without rupture or staying steady, it grew rapidly (due to hormone surge) and then popped like a sausage casing full of oatmeal. I’m almost sure that imagery isn’t quite accurate, but if I get to choose based on what it felt like (and I do, it’s my blog), that’s what I choose. I’m obviously not a doctor. I don’t know if this is right or not. But it makes me feel that this isn’t necessary going to repeat.

I’m also reminded that some women are in excruciating pain every single month during ovulation. I suspect, again — not a doctor — that I’ve had relatively low key PMS because my body learned early that progesterone made me itchy, and dialed back on all the hormones around ovulation. This of course made it difficult to get pregnant later, but was great otherwise. But other women aren’t so lucky. They suffer from polycystic ovarian syndrome (PCOS), which translates loosely to bunches of cysts, pain, and enraged hormones, every month. Others don’t have PCOS, but do have intense, debilitating cramps — have you ever had a Charlie horse? Imagine that, but in your gut. Top pain of all stripes with waves of fear, sadness, anger, guilt, and shame. Then you break out. With acne, not metaphorically. It’s hell. It really is. Every woman’s relationship with and feelings about her cycle are complicated and prone to change over time. One of the hardest things to deal with is that your body changes substantially (mentally and physically) and you are supposed to pretend it’s not. Society genuinely doesn’t have any patience for periods.