Chester has obviously come from a family home. He was found chipped, but the shelter wasn’t able to track down his family (and I have info on resetting the chip with our information). He likes to open cupboards and closets and exploring. He’s currently sleeping in a cardboard box in the kids’ closet. He has put up with Henry carrying him around and being called “she” and “her” and “Cheddar” and “Vacuum” (both because it is funny and pretty, apparently).

Yesterday we discussed changing his name from the shelter name (Chester) to something else. I voted for Levon, since I wasn’t able to name a child that (nor a cat, as no one would meet my eye or agree with me), the kids suggested Voldemort and Harry Potter and James. Everything we came up with, we ended up back at Chester, so I think his name may be here to stay.

He is fine wearing a collar, which is nice because I can hear him jingling as he trots around the house. His tail has a significant kink in it, as though it was shut in a door. It doesn’t seem to bother him, however.

In all, I think we got lucky with this fellow. Content to lie around, but comfortable getting played with by the kids. Meows at me a lot for things. Handsome devil. 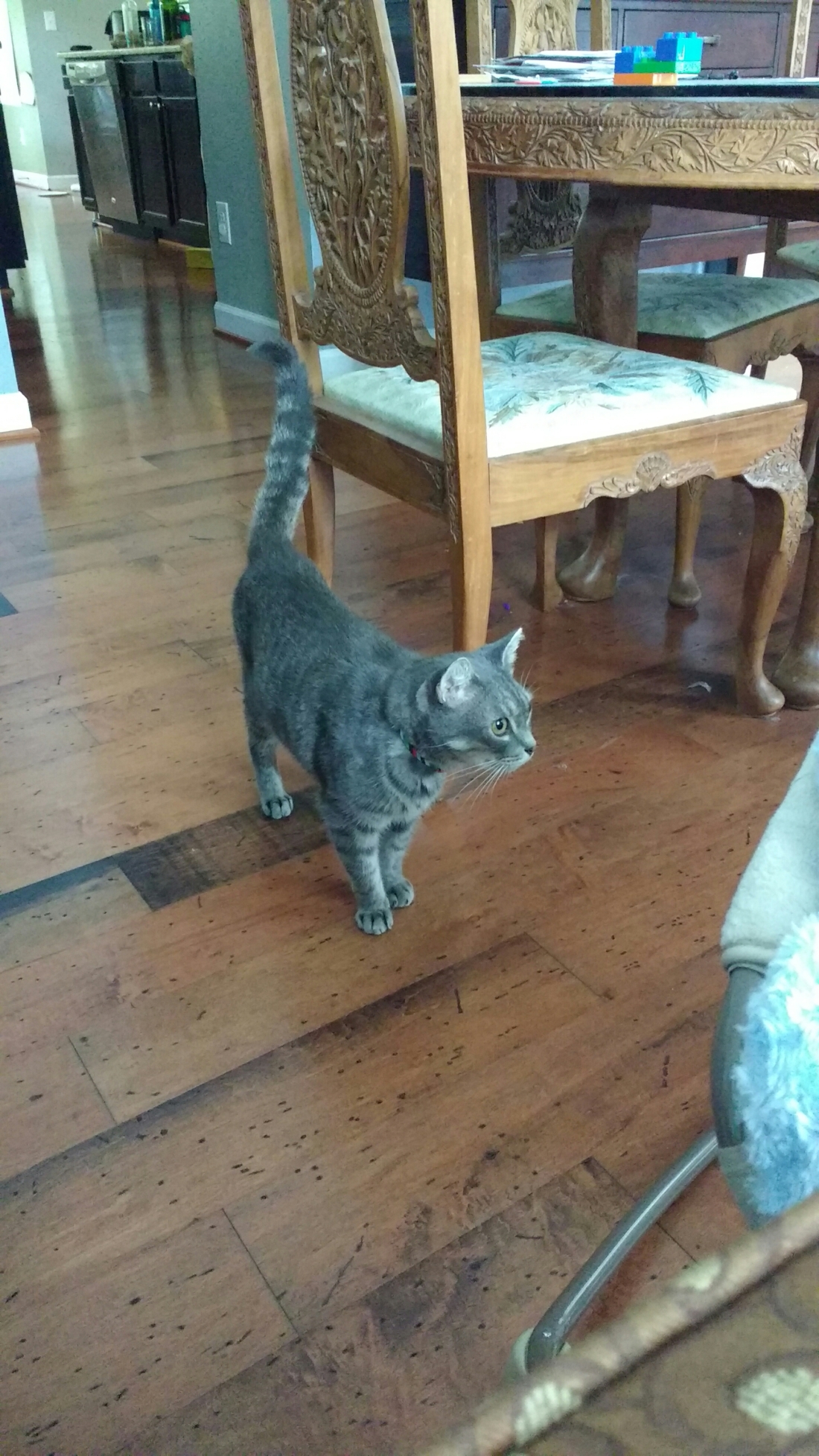